it was a miserable, rainy day yesterday, so we decided to check some things off our to do list… one that included luke getting his first haircut. we both were huge fans of his little curls and mop of hair (steve loves it), but after a couple incidents being called a girl, and the very obvious mullet he was rocking, no matter how i tried to style it… it was time! i called ahead to ask permission and kind of ease the hairdresser into the impending shitstorm that was headed her way. Luke walked in happy and bubbly… and left happy and bubbly. it was the in between that was a bit cray.

the progression of absolute terror below. 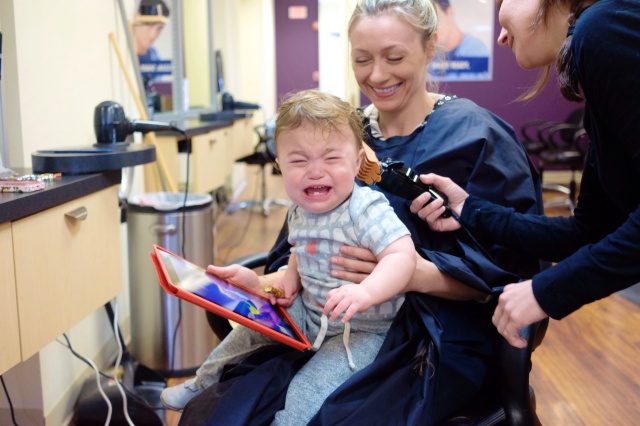 aww, the babes. we tried pretzels (his favorite), the cat app where you catch the fishes (his favorite), and clips of peter pan (double favorite). no dice. steve and i had to take turns holding him while standing so the hairdresser could sneak attack with the clippers. it was long and tedious, but the job got done! (we tipped her well) 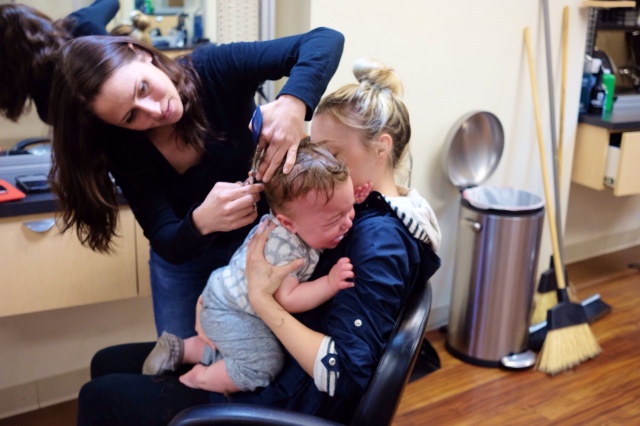 and ta da! luke with his fresh new do. i would have liked it a smidge longer on top, but beggars can’t be choosers. 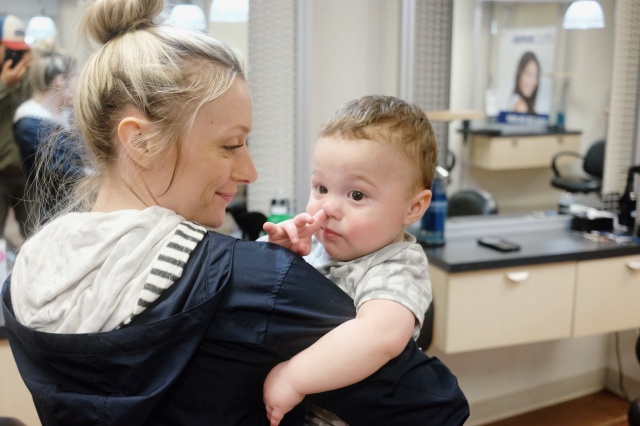 and now i’m off to get my roots done after seeing these pics! 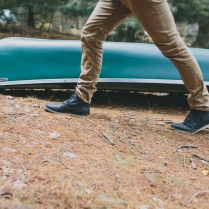 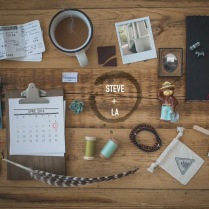 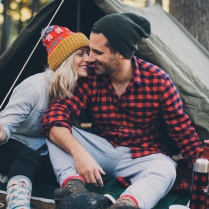